My other baby, Mackenzie, is going to be in seventh grade this year. Gah!! Why do they insist on growing up? It's getting annoying.

Once again, I was forced to plan for it against my will. Darn these kids. 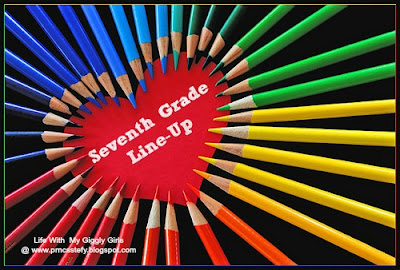 The spine for Mackenzie's seventh grade year is Sonlight's Core G: World History, Part 1. This year she will revisit the time of creation through the Middle Ages with lots and lots of books. I think she's excited because I keep catching her trying to read the books.

- IEW
Canadian Andy is back in the house!! Woot!!!

- IEW
Canadian Andy revolutionized our writing lessons, so why not grammar too?

Beyond the Desert Gate

God King: A Story in the Days of King Hezekiah

The Hidden Treasure of Glaston

King Arthur: Tales from the Round Table

Adam of the Road

Shadow of a Bull

The Great and Terrible Quest

Mara, Daughter of the Nile

Mystery of the Roman Ransom

Archimedes and the Door of Science

The Ides of April

A Proud Taste for Scarlet and Miniver

Black Horses for the King

Theras and His Town

The Monk Who Shook the World

The Kingdom Strikes Back

The Story of the World, Ancient Times

The Story of the World, The Middle Ages

Draw and Write Through History: Creation through Jonah

Draw and Write Through History: Greece and Rome

Draw and Write Through History: The Vikings, the Middle Ages, and the Renaissance 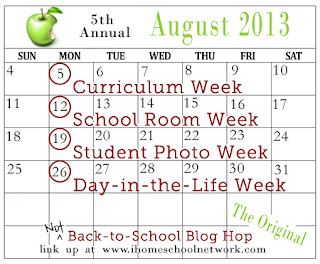 Posted by Stefanie at 9:33 PM 8 comments: Links to this post